We are a family of people who love what they do.

AAVS loves what it does and takes pride in its employees. 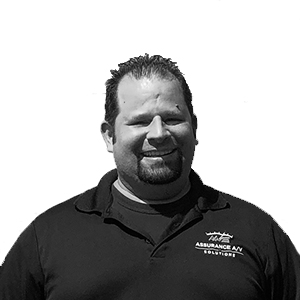 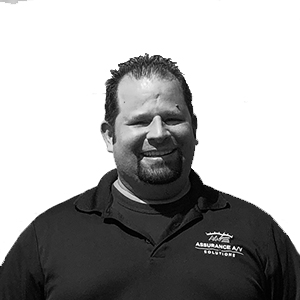 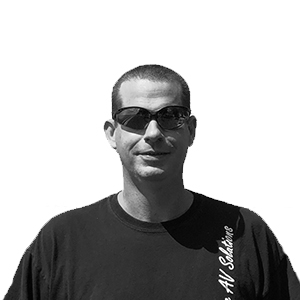 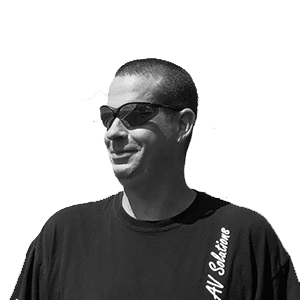 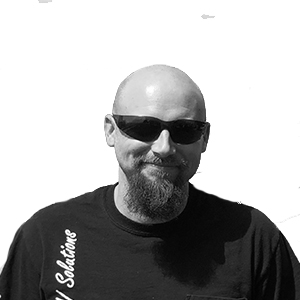 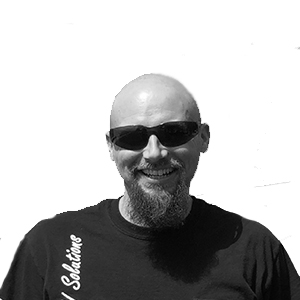 Schedule and appointment to meet one of our team members!

As a child, Chuck found a love for music. It didn’t hurt that his parents were big fans of a wide variety of genre’s. It was a common thing to hear classic rock, classical or jazz being played at home. Chuck started playing drums and guitar while in elementary school. He still noodles on guitar every now and then, but drums are still a part of his life and his love for music is stronger than ever, especially when it comes to vinyl.

As a teenager, Chuck began DJ’ing parties, installing car audio, building custom speaker boxes for car and home use, playing in bands and started dabbling in PA systems. After High School, he started a sound company with a friend and band mate.  And so it began, renting PA equipment and running sound for local bands. One thing leads to another and Chuck accepts a job at a local music store. It was there relationships started that paved the way for where he is today.

From 2004 to 2012, Chuck served in the position of the Technical Director for First Baptist Church of Covington. It was an incredible opportunity to work with a vast array of equipment, grow in experience in knowledge of working with teams, problem solving, multitasking, staying on schedule, maintaining equipment, lighting design, video and of course audio. Other churches would call on Chuck for advice or help and he began working with churches on the side. The desire to help churches get it right the first time grew stronger and stronger. So, Chuck resigned from FBC to begin a new chapter in his life.

Louisiana Media Group began was born in 2012. Chuck was a part of some great projects while there as the Vice President. LSU Tiger Stadium and Church of the King (Mandeville) to name a few. In fact, Chuck worked on the LSU tech team during his time at LMG and after he left. A total of five seasons.

Assurance AV Solutions began from a necessity for an AV company that builds relationships on a foundation of integrity. Founded in 2015, AAVS has continued to serve the Gulf South area. AAVS is a privately-owned business. Projects such as Houses of Worship, Performance Venues, Educational Facilities, Sport Facilities, Conference Rooms ……

The team is made of techs with 30 + years of combined experience with installations and live shows.

Chuck lives in Madisonville with his wife Jolie and their 3 children.

While they share the same last name, Chuck and Eric are not related. If they stood next to each other, it becomes pretty obvious.

Eric became part of the AAVS team in 2016 while having a blast working late nights and early mornings working on a total overhaul of the AV systems for the famous Creole Queen paddle wheel boat. Like Chuck, Eric plays drums and is a huge RUSH fan. His experience as a tradesman, theatrical lighting operator, beta tester for some of the biggest names in Pro AV, sound engineer and systems designer strengthens the team at AAVS. He recently completed a lighting design build for laser tag and one for one of the most poplar bowling alleys in the New Orleans area. In other words, Eric is like the YODA of lighting design.

If he could fish with his son all day, he would. Eric enjoys fishing, fishing, fishing and not working late on paddle boats. His laugh is contagious. We count on him to bring a couple of good laughs to the job every day.

Matt joined the AAVS team in 2016. This isn’t the first time Matt and Chuck have worked together. When Chuck was the VP at Louisiana Media Group, Matt was one of the techs that had a huge part at installing the sound system at LSU Tiger Stadium and Church of the King in Mandeville.

Matt’s experience in lighting and audio comes from years as being a musician, sound engineer and a theatrical lighting technician. He has worked and still continues to work with some of the best talent in the state playing in some of the biggest venues – like the Endymion Extravaganza every year in the Superdome.

Like all of us at AAVS, he has a passion for quality. Frequently Chuck and Matt collaborate on designs providing comprehensive solutions to Houses of Worship, performance venues and commercial industries.

When he is not playing an instrument, running sound, building speakers or building electronic equipment, he enjoys sleeping, a hot cup of coffee and of course, his family.